A BET award, 4 SAMAs and 2 million views on her latest hit single – these are just a few of the major feats racked up by SA’s rap superstar, Sho Madjozi.

‘I’ve also been nominated for a BET award for the Best New International Act [which she won at the BET Awards in Los Angeles in June].

“I didn’t even think I’d be known outside of Limpopo,” Madjozi told Cosmopolitan.

Her hit song, John Cena, racked up over two million views in just two weeks on YouTube, according to reports.

Hollywood superstar John Cena himself has posted a photo of the rapper to his Instagram profile, after the song went viral, giving the video a thumbs-up. Since then, fans from Africa have started a #JohnCenaChallenge, sharing videos of themselves dancing to the song.

Her music is a vibrant celebration of the Tsonga language and her blended African influence. Love and enthusiasm for the continent run deep for her.

She attributes her success to staying true to her roots even when key role players wanted her to bend.

Wake up! Get up! Make yourself even better. You’re a one in a million baby you’re a go-getter 🌞💗 pic.twitter.com/PnSv5BnnSB

Industry heavyweights often told her to stop rapping in her home language, Tsonga, and follow the rhyming scheme that most popular Gqom songs possess. ‘No, I’m Tsonga,’ she responded.

Madjozi’s real name is Maya Christinah Xichavo Wegeri. She was born in Shirley Village in Limpopo. Her family later moved to Tanzania.

Her early 20s were spent in the US, studying African studies and creative writing at Mount Holyoke College. Senegal became her new home at 21 and she learnt French and explored the culture of the country.

‘Going to Senegal gave me a new relationship with braids. A lot of my hairstyles are inspired by Fulani women [a tribe in the West African region].’

Ghostwriting for artists was a means to make money.

“I was broke, and I realized I could write poetry and pretty much anything. I thought I could write raps as well. You know when you’re desperate?” she says.

Hustling and pushing boundaries paid off for her. A combination of innovative thinking and perfect timing lead to her musical breakthrough. ‘I was in the right place at the right time when the right song was being recorded,’ she says. Playful improvisations and a positive attitude contributed to her 2017 rise-to-fame.

Overwhelmed by the love she has received from fans worldwide, Madjozi said: “I just love you guys because you are doing the most on a song that is literally from a performance video. The world is ours, trust me!” 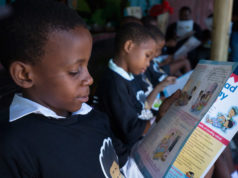 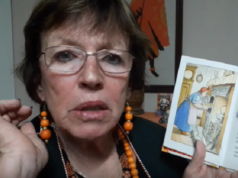 Lockdown a great time to teach kids a new language 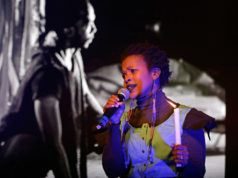 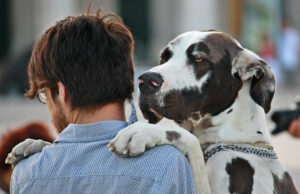 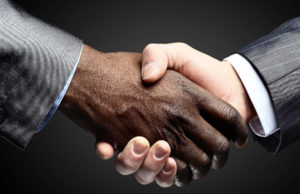 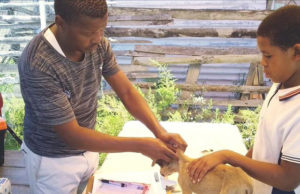 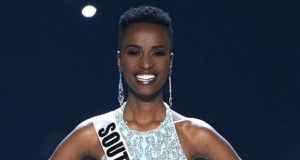